With beer sales inexplicably dropping at weekends, one brand took a real-time, data-driven approach to the problem.

If you are a top selling consumer goods brand with distribution in several countries, it is not uncommon to have a large number of retail execution issues that need to be resolved. Disparate field teams, complex product portfolios and different shelf standards are hard to manage, especially with traditional store audits that adopt manual counting of on-shelf inventory. Image recognition and sales force automation tools have considerably increased the ease of capturing shelf data and correcting common store condition problems. Mature CPGs have opted to use these techniques to do full account audits that have provided a baseline for retail execution standards.

But every now and then, there’s a case for quicker “spot checks” based on a random sampling of retail accounts – for example, to validate a new product launch, to monitor new promotion execution, or to examine why sales dipped during specific periods. But with already stressed field teams running short on time, capturing shelf reality on a large scale itself can be a nightmare. Having a process to actually fix the issues is an even bigger challenge. This was exactly the problem faced by one of the world’s largest beer manufacturers.

The mystery of the weekend sales dip

Naturally, you would expect beer sales to rise at weekends. But a leading global beer manufacturer found just the opposite — sales were actually dipping. Was it an issue of supply or demand? And were there other, cultural, issues at play? The brand set about finding out.

Using an in-store execution product powered by image recognition, the brand observed primary beer space in 1,000 stores around the world over one single weekend — it involved stores in 25 cities, in key markets such as the United States, Canada, Brazil, China and Korea.

According to McKinsey's 2016 survey of North American CPGs, the most successful companies take a data-driven approach to trade investment using metrics that cover both outcomes (like net sales) and activities (like resolving stockouts). Trax’s image recognition-powered solution is far more reliable and accurate than a pen-and-paper approach, especially when working at scale.

Most crucially, an average of one in five of the brewer’s brands were out of stock across stores in all countries monitored. This obviously affected sales, as consumers can’t buy what isn’t there.

Secondly, it raised the issue of shelf share. One of the brewer’s brands had the most in-sight facings in the United States, Canada and China, while another of its brands was dominant in Mexico. But all of its three global brands registered a low shelf share in Italy, France and Belgium.

The last insight showed that on average, 67 per cent of the brewer’s SKUs were out of stock across all audited stores. Puzzlingly, strong markets like Brazil, the United States and Canada accounted for some of the highest out-of-stock rates. This insight prompted the manufacturer to relook at its product range in key markets.

Armed with granular shelf insights, the brewer gained a greater understanding of national, regional and local beer trends. In China, seeing that six out of 10 brands on the shelf were competitor products (usually local beers) indicated increased demand for local products, for example. Meanwhile, in France only half of the surveyed stores stocked at least one of the brewer’s SKUs. The fact that this was the same for other beer manufacturers suggested it was due to a drop in French demand for beer, rather than any reason specific to the brewer’s brands.

These regional insights allowed the brewer to adjust its distribution and go-to market strategies to be more competitive in local markets.

The study also provided valuable insights into competitor performance. In the United Kingdom, for example, every store audited stocked at least one of the brewer’s SKUs, but this was the same for its top three competitors. This suggested that the brewer’s go-to market approach in the UK should emphasize vertical presence (number of facings) over horizontal presence (reach).

Previously, deploying such a solution at such scale would have required many more man hours, cost more and taken much longer to gain any insights. In the absence of any visual proof of in-store execution, the insights also may not have been fully reliable.

But from data-driven analytics derived from actual store images, the beer brand was armed with actionable insights that made meaningful differences to its national, regional and local strategies, allowing it to better negotiate with stores and hence be more competitive. And that’s something worth drinking to.

The time has come for AI-driven on-demand merchandising 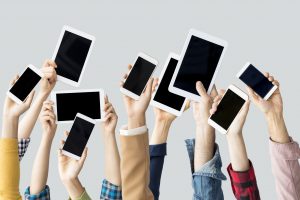 The power of the crowd in retail merchandising 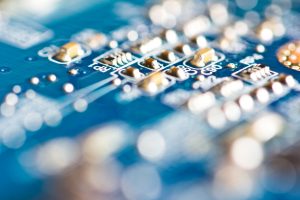 Bringing Computer Vision to the ‘edge’ 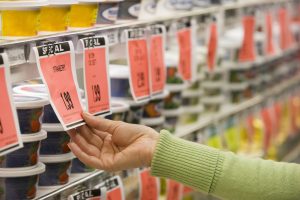