How augmented reality can enrich the retail experience – Trax

How augmented reality can enrich the retail experience

No longer is the debate about which is better – an online retail experience or actually walking into a store to browse. With augmented reality (AR), the world gets to enjoy elements of both, as brick-and-mortar stores are infused with interactive virtual elements.

Blurring the lines between the real and the virtual AR recently exploded into public consciousness thanks to the runaway success of the mobile game Pokémon GO. But truth be told, innovations in AR have been around for much longer. AR transforms the user’s view of the physical world by superimposing virtual elements onto it. The user then interacts with these elements in an enhanced – or augmented – experience of their real-world setting.

The most well-known application is Google Glass, the AR-enabled spectacles that Google launched initially as a consumer product and subsequently as a business tool. It’s now being used by the likes of GE, Boeing, DHL and Volkswagen, all of whom have seen drastic improvements in efficiency and quality.

Boosting customer convenience and delight by augmenting the retail experience AR has been used in the retail space for some time now, implemented in some very creative and eye-catching ways.

Fashion retailer Uniqlo has previously introduced AR-enabled changing rooms, which lets shoppers try on virtual versions of its clothes. Customers could try dozens of outfits in different colors with a few swipes of a touchscreen and see how they look in a Magic Mirror. It not only saved time for shoppers, but also provided a neat talking point among their friends.

But AR’s use is not restricted to physical stores. Chinese online grocery store Yihaodian has used AR to open virtual supermarkets in locations as varied as car parks and tourist hotspots. All users had to do is open the app in the designated location to see virtual aisles stacked full of groceries. When added to their basket, the items were delivered to their home a couple of days later.

Such is the power of AR. And it’s about to go mainstream thanks to Apple’s support.

As Apple launches iOS 11 this Fall, it’s also rolling out ARKit, a new framework that lets third-party developers build AR apps for the iPhone and iPad. Apple is rarely the first to launch a new technology. Instead it holds back and assesses its potential before deciding to commit (as it did with built-in fingerprint sensors and wireless near-field communication tech). Hence when Apple does put its expertise behind a particular technology, that moment is seen as the technology’s tipping point. Once ARKit puts AR in the hands of every iPhone owner in the world, it won’t be far-fetched to anticipate we’ll see a sudden increase in the number of brands launching similar AR retail apps.

The Ikea Place app for iOS 11, for example, will let shoppers try out what suits their home by positioning virtual furniture within it. All the user has to do is point their smartphone at their living room and drop the virtual sofa in place; they can then position is by dragging it around on-screen.

Trax is taking AR in retail a step further by applying the technology in an entirely new way – by leveraging the power of AR for employees of consumer goods brands.

Combining breakthrough image recognition technology with AR, Trax provides a more accurate, consistent and reliable way for companies to track how their products are performing in stores.

Here’s how it works. The sales rep uses the Trax app to take a photo of the store shelf. The image is sent to the Trax Cloud, and within minutes they receive actionable data and insights on how to improve product visibility. The app also highlights sections of the shelf that have already been photographed – augmenting the reality of the shelf with smart images – so the rep doesn’t lose track of items or count them twice.

Trax is using the power of AR to help brands reduce their audit time, optimise their store displays and ensure staff are working efficiently while minimising errors. And it’s as simple as taking a photo.

Read our second blog in the augmented reality in retail series to discover the science behind the magic of Trax technology. 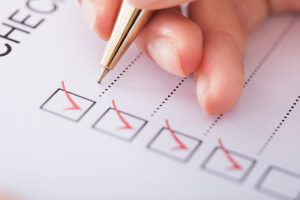 In an environment where out-of-stocks (OOS) are seen with increased frequency, CPGs are prioritizing availability of core products on…