By harnessing the power of deep learning and computer vision, AI applications allow sales reps to immediately discover critical product details regarding pricing, position and promotion. When tracked and analyzed for patterns and trends, this data offers the potential for more effective retail execution.

If you walked into the hair or skin care aisles in a supermarket in Germany, chances are that you would pick up a Henkel product. With more than 900 SKUs across 6 categories on retail shelves, Henkel Beauty Care is a global leader in the segment, and like any other giant, they had their own share of problems in the aisle.

In the past, the merchandizing team conducted manual shelf audits, which meant that they spent a mere 10 minutes of every hour in the store in active selling.

Using Trax Retail Execution allowed them to simply capture shelf images using their smartphones. The images were analyzed on the Trax cloud and converted to meaningful insights in near real-time.

90% of Henkel’s beauty care revenues comes from their top 10 brands. Capturing granular information at the SKU level gave them access to rich field data that allowed the team to identify which of their core products were missing on shelves, and reduce out-of-stock by 4.3 percent. The ensuing corrective action led to a revenue uplift of more than 2 percent within three and a half months.

As one of the largest bottlers and distributors of ready-to-drink beverages in the Asia Pacific, Coca-Cola Amatil is constantly fizzing up its retail execution strategy.

The company wanted to remain vigilant regarding a category – iced tea – that had traditionally performed well. Coca-Cola had a 15 percent higher product penetration rate than its closest competitor. However, after working with Trax Retail Execution, the company discovered that it had fewer total facings (-4 percent) than its main competitor.

Trax found that stores that stocked Coca-Cola’s iced tea averaged 3.76 different flavours of the brand, while stores stocking the competitor’s products averaged 6.58 flavours, leading to higher shelf share. Yet, this was only true for two of four focus regions.

So instead of offering a new promotion across all stores, Coca-Cola targeted the regions in need of increasing market share against the competition. This strategy resulted in 5 percent market share growth in just two weeks, yielding a $27,400 increase in net sales.

Another giant bottling company, Coca-Cola Hellenic Russia worked with Trax to address the lack of a third-party auditing system for on-trade channels such as the HoReCa (Hotel/Restaurant/Café) sector, gas station stores and fast-service restaurants. The company was completely dependent on sales reps and needed a robust audit mechanism to assess brand presence and compliance at these outlets.

Trax helped the company monitor adherence to merchandizing standards and assess the impact of in-outlet brand engagement activities. The Trax solution recognized images of key activation merchandise, which were analyzed to track compliance with the planned merchandising standards for each outlet type. For example,  images of a “Combo”, which capture instances of beverage glass, food item and price discount combinations on a menu or display.

The solution helped streamline the brand activation audit process across outlets, securing the best value for money from the agreed touch point plans.

As these examples show, AI can be a robust ally for CPG companies aiming to stay ahead of the competition. Solutions such as those offered by Trax are fast becoming the source of shelf truth, allowing companies to increase share-of-shelf and revenue as well as maintain compliance with merchandizing standards and plans. 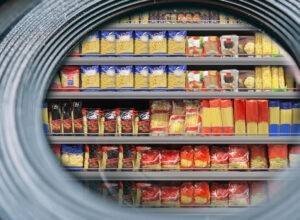 Every once in a while, a unique technology application causes a paradigm shift in an entire industry. Take GPS trackers and sensors, which made our commutes more efficient, or cloud technology which changed the very idea of data storage.

How to quantify the benefits of AI-driven shelf digitization 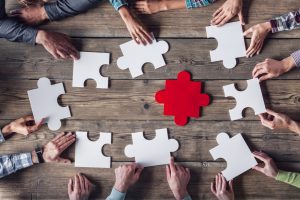 The shelf is a constantly changing entity. Several events trigger major and minor shelf actions. Product or category innovation, shopper leakage, market and regulatory changes, retailer merger or acquisition – all are reasons for retailers and CPG companies to review categories periodically. Category reviews present an opportunity for CPG companies to disrupt the market; both brand and category performance depend on what products make the shelf and how they are segmented.