ATLANTA, Ga. - Trax, the leader in consumer goods market intelligence powered by image recognition, today announced the appointment of Steve Hornyak as CEO, Americas, as the company accelerates growth and investment in the region.

Trax has pioneered the use of image recognition in the consumer goods industry. Amid a highly competitive and fragmented retail landscape, major consumer goods companies have embraced its technology to gain greater visibility of the retail channel, improve retail execution and build market share. Since it was founded in 2010, the company has rapidly expanded into 52 markets. It now has 175 clients including Coca-Cola, AB InBev, Nestle, Henkel, PepsiCo.

As part of its global expansion strategy, Trax is now accelerating growth and investment in the Americas region. The appointment of Steve Hornyak, who brings with him extensive experience from software, SaaS and retail technology businesses, will ensure Trax has the senior leadership required to fast-track growth without compromising service delivery.

"Trax has disruptive technology which is bridging the gap between online and bricks and mortar retail," comments Steve Hornyak as CEO, Americas. "The technology can be immediately deployed and is proven to increase revenue while reducing operational costs for both consumer goods companies and the retail chains they serve. Trax uniquely provides the most accurate and consistent real time in-store view of how consumer goods are performing in the marketplace."

"We're already seeing a lot of interest from both retailers and global brands from the Americas region but we've barely scratched the surface of the enormous opportunity that awaits us there," comments Joel Bar-El, CEO at Trax Image Recognition. "Steve will be spearheading our efforts as we enter this aggressive next phase of growth."

Trax Image Recognition is the world leader in image recognition for retail. The company enables tighter execution controls in-store and the ability to leverage competitive insights to unlock revenue opportunities at all points of sale. Trax does this using iOS, Android and Windows smartphones and tablets to gain actionable retail analytics in real-time.

With over 50 clients, in 52 countries, top brands such as Coca-Cola, AB InBev, Nestle, Henkel, PepsiCo and many more, leverage Trax globally to manage their in-store execution and increase revenues at the shelf. Trax is headquartered in Singapore with offices across Asia Pacific, Europe, Middle East, North America and South America. 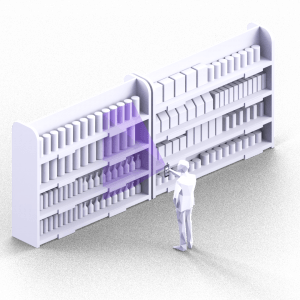