IDG Connect – With growing anticipation for Google‘s self-driving cars and London tech company Blippar being adorned with ‘unicorn’ status for a visual search system still in development, computer vision technology is in vogue. So how has this technology evolved and where else is it being used?

One of the most common uses of this technology today is in the supermarket. Barcode scanning was developed by IBM and first used to scan a 10-pack of Wrigley’s Juicy Fruit gum by NCR back in 1974.

More recently, computer vision has taken on an integral role in solving mission-critical challenges across several industries. In the agricultural industry, it is used to identify and remove undesirable foodstuff when processing harvested foods such as potatoes, fruits, vegetables and nuts. In the public safety sector, it provides a crucial layer of intelligence to closed-circuit television (CCTV) and traffic monitoring systems, for identifying congestion or accidents for example.

Perhaps the most sublime application of computer vision is in our living rooms – in the form of video game consoles! Xbox 360 and Xbox One video game consoles are powered by the Kinect system that incorporates range camera technology – which can calculate the distance between two points in a two dimensional image, effectively giving machines 3D awareness.

Click here to read the full article, and find out what’s common between the gesture recognition technology in your Xbox video console and Trax’s patent-pending Image Recognition engine. 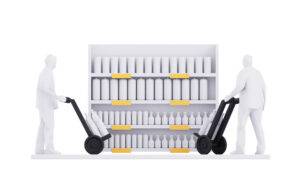 Trax announced today that it has been mentioned as one of the technology providers in Gartner’s digital business report,…