How to plan and execute promotions better with store-level data

After cost of goods sold, promotions are the second-largest item on a CPG company’s P&L, and account for up to 25 percent of revenue. However, many of these in-store promotions generate no noticeable lift in sales – or, worse, they have a negative impact. According to one estimate, 20 to 30 percent of promotions dilute margins because they don’t generate an increase in sales enough to offset promotion costs.

How can companies overcome hurdles such as outdated metrics and inability to understand promotion efficiency so that they not only can plan better promotions, but execute better? Granular and up-to-date data on store conditions may provide answers.

How well is your promotion being executed?

A survey conducted by Quri (now a Trax company), the Popai Compliance Initiative shows a clear disconnect between CPGs’ estimate of display compliance versus store reality.

This store-level analysis showed that 42 per cent of displays were noncompliant with the plan, but CPGs assumed compliance rates of 70 per cent or more!

More importantly, compliant displays saw a higher sales lift. End caps showed the highest rates of compliance, and it’s no coincidence that this display type was also responsible for the highest sales lift. 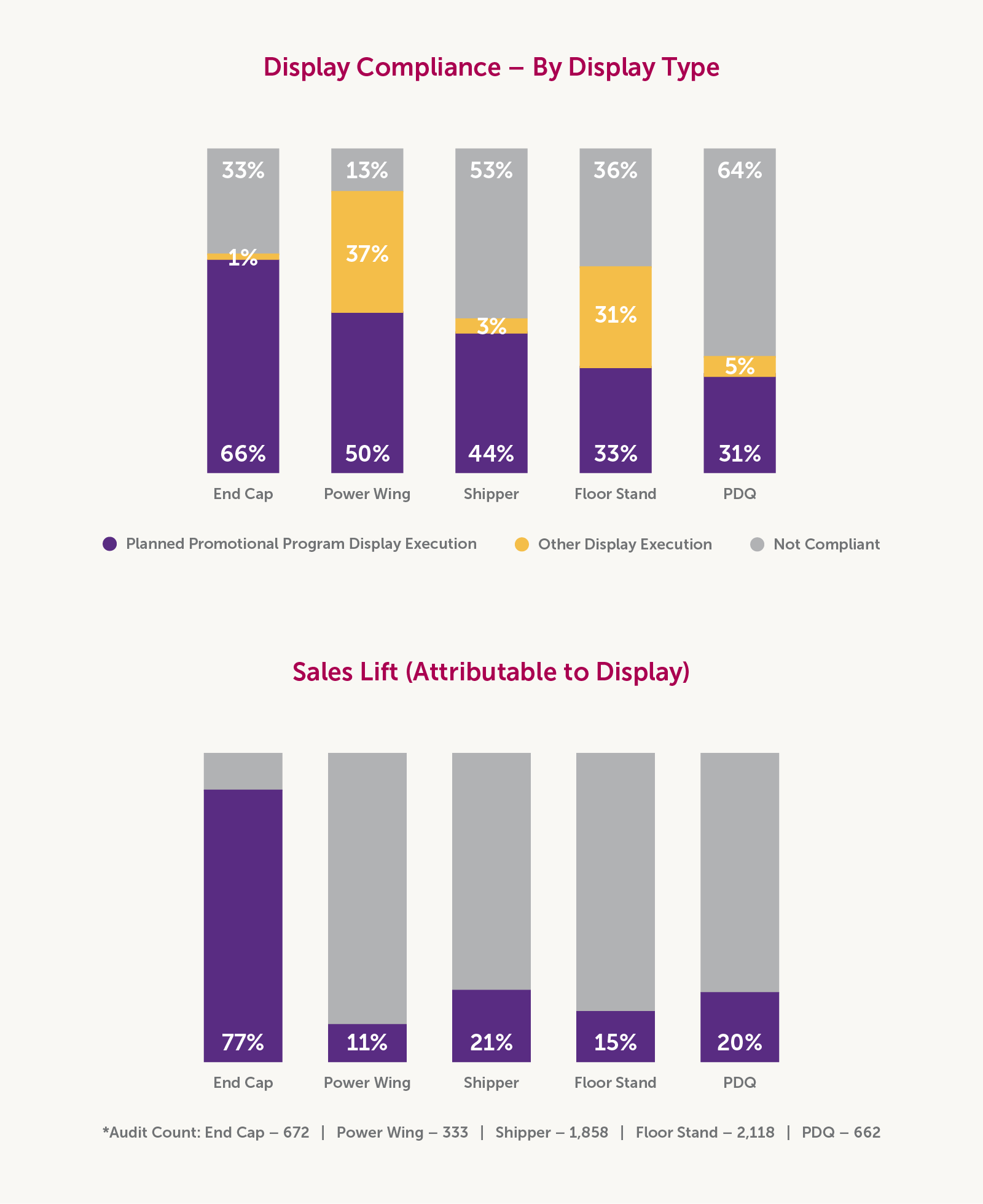 Marketing dollars are flowing away from traditional mass vehicles like TV towards the store. Why? Because in-store merchandising vehicles influence behavior at the “first moment of truth”, the purchase decision at the shelf.

But the question is: are CPG companies measuring promotional success at all? If they are, are they doing it with enough analytical rigor?

Some large manufacturers have whole dedicated teams of analysts studying the impact of a handful of promotions. But according a Booz & Co study, only one in 5 companies have the ability to measure their trade spending at the individual event level. A more recent POI report finds that the greatest percent of promotions that a consumer goods company has been able to evaluate is about 40 percent.

First and foremost, this affects promotion planning. The lack of objective store-by-store data leads to an inability to capture cause and effect insights in the promotional process. As a result, most manufacturers take a “grandfathered” approach to promotions, repeating the same programs year after year. What’s more, they are left to use “pay for performance” methods with retailers – methods that are based on averages and don’t capture multiple complexities and inter-dependencies of performance that allow for store segmentation and analysis.

The second, and more obvious effect of not monitoring promotions is related to compliance as we saw with Quri’s study above.

Getting the right data with speed and at scale

A fast-emerging solution to this knotty problem is using crowdsourced data from a huge number of stores to ensure display compliance and continuously monitor campaign success.

For example, a top household cleaning products manufacturer worked with Trax to leverage our crowd-powered measurement solution to analyze the effectiveness of a quarter-pallet display program in Target stores.

With Trax Retail Snapshot, the client saw that when the campaign was executed to plan, it generated a huge 227 per cent sales lift over stores that did not correctly execute the display. Knowing that, an ROI equating to $7.25 for every dollar invested in the display vehicle encouraged the retail buyer to authorize incremental quarter-pallets in all store locations. This led to increased sales and a win-win relationship between the brand and the retailer.

The “crowd” is most commonly deployed to carry out survey-based audits, usually supplemented by store images. More sophisticated manufacturers also enable this consumer field force with image-recognition based mobile apps which completely digitize the store and deliver richer data for analysis.

The bottomline? Gathering data at the store level through a crowdsourced presence provides the ability to influence promotional outcomes in the short run and insights in the longer term. 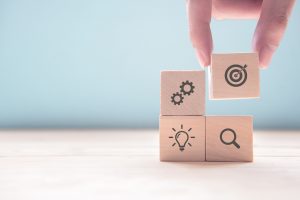 4 tips to modernize your retail execution: Lessons from Diageo

To grow, brands must come readily to the shopper’s mind at the point of purchase, and products should be available at the right price and the right place. The pressure on manufacturers to rethink their retail execution practices is massive, and the time to evolve is now.

Traxer in the Spotlight: Koh Nishimura loves challenges both at work and in the great outdoors!

Why you should switch over and upgrade your merchandising solution today